On Stage (Extra) (The Times of Chester County)

By Denny Dyroff
For THE TIMES OF CHESTER COUNTY
... 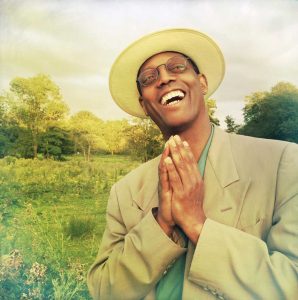 Another area show on February 26 featuring traditional American music will take place at the Annenberg Center’s Harold Prince Theater (3680 Walnut Street, Philadelphia, 215-898-3900, annenbercenter.org) when the venue on the campus of the University of Pennsylvania presents Eric Bibb and Corey Harris.

A career spanning five decades, 36 albums, countless radio and television shows and non-stop touring has made Bibb one of the leading bluesmen of his generation. A progressive preservationist and a fiery singer with true soul, gospel and folk roots, Bibb creates blues tunes that are honest and powerful.

Born in New York City, Bibb is the son of Leon Bibb, a senior figure on the New York folk scene of the 1960’s. His godfather was actor/singer/activist Paul Robeson and his uncle was the composer and jazz pianist John Lewis, founder the Modern Jazz Quartet

“My dad was the one who introduced me to music,” said Bibb, during a phone interview Tuesday from a tour stop in New York. “I remember Pete Seeger playing his banjo with my teddy bear’s paw. Odetta was there a lot. I remember meeting Bob Dylan when I was 11 – in my own house.”

When Bibb was 19, he moved to Paris, where a meeting with American guitarist Mickey Baker focused his interest in blues guitar. A few years later he moved to Sweden and settled in Stockholm, where he found a creative environment that reminded him of his teenage days in Greenwich Village.

He made a handful of albums, starting in 1972, and began meeting and playing with local musicians, as well as other American expatriates. His breakthrough album, “Spirit & The Blues”, was released in 1994 and led to tours of the UK, the United States, Canada, France, Sweden and Germany.

Bibb is currently on tour in support of his latest album, “The Happiest Man in the World,” which was released in 2016. The album was recorded with Danny Thompson.

“Recording with Danny Thompson had been a dream of mine,” said Bibb. “I really felt I wanted to express my contentedness and happiness despite the shape the world is in. I am the happiest man in the world.”

Lately, Bibb’s focus has been on his new album “Migration Blues,” which is scheduled to be released in March.

“We recorded ‘Migration Blues’ in Sherbrooke, Quebec back in September,” said Bibb. “It was a trio with Jean Jacques Milteau and Michael Jerome Browne.

“The reason we went there to make the record really was the engineer Larry O’Malley. We decided on this trio because we really like each other. We used a high-end digital system but all the studio gear was old school.

“When I had the idea for this record, I thought it was a good idea because of the refugee crisis now and also the African-American migration. I realized that migration had been around for a while.

“I really wanted to make the point that to be against cultural refugees is craziness. We’re all in the same boat. I see migration as an opportunity to see that we all are one. We are connected. We are all human beings who want the same thing.”

Bibb’s fans will have to wait to hear the songs from “Migration Blues” performed live.

“I’m not focusing on the new album on this tour,” said Bibb. “I’m waiting for it to be out there at the end of March. Right now, I’m doing the stuff that works for me.”

The show at Annenberg, which also features Corey Harris, will start at 7 p.m. Tickets are $30.